I was very disappointed to see Steve Bannon leave the White House. Trump needs someone at his side to remind him about the policies that got him elected. Bannon proclaimed, “The Trump presidency that we fought for, and won, is over.”

So soon? What happened? We know what the situation is now. President Trump is surrounded by deep swamp snakes including Soros. Why has Trump surrounded himself with globalists? He said he supports the country first and proved it by kicking the globalists in their collectivist shins when he shunned the Paris Accords.

He wants to limit immigration and build the wall to help protect our country. Does he still have the will or means to follow through on his promises?

McMaster is yelling for more war in Afghanistan and Cohn and the rest are pushing Trump to go along with the globalists to get along. It’s sad. All I can do is hope President Trump can somehow work to deliver on his promises that got him elected.

Bannon said he would attack the liberals and globalists that have taken over the White House and that’s good to hear. So I say, release the kraken that is Bannon! 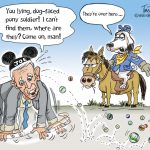 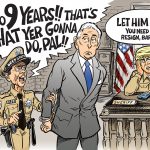 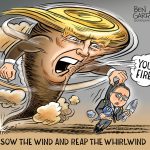