David Hogg has been in the news a lot lately.

He’s a 17 year-old student at a high school in Parkland, Florida, where the latest mass shooting took place. The outspoken lad as appeared on all the mainstream media outlets, but mostly he’s been featured on CNN. Some say he’s been coached and follows a script. Some say he’s a crisis actor with ties to the CIA and FBI. Such pronouncements can get one kicked off of social media for ‘bullying’ yet many of the mass shootings always seem to come with odd coincidences and occurrences attached. Sandy Hook was rife with weird anomalies, including David Wheeler who played a grieving father. A video also shows him in the parking lot pretending to be part of a swat team outfit. It was obvious he didn’t know how to handle a rifle. A lone nut was also assigned blame for the Las Vegas mass shooting, but the evidence points to many more gunmen.

Regardless, I want to concentrate on David Hogg. I saw him on Bill Maher’s show and he came across as strident, a bit foul-mouthed and very confident. He was also embarrassingly ignorant about the entire issue. For example, he called the AR-15 a ‘military grade assault rifle.’ Wrong. That firearm is not fully automatic. Hogg said, “Until you’re on the receiving end of an AR-15…” Then he was cut off. But he seemed to be saying that his word had more validity than the NRA’s when it came to guns. He continued, “This is about the kids.” If it were about the kids, why not ban abortion? Far more innocent kids have died from that than those killed by guns. There have been many soldiers, not much older than Hogg, who fought in wars and died to protect our Constitution, which includes our right to bear arms.

Hogg makes me want to put something stronger than coffee in my 2nd Amendment mug!

Maher complimented Hogg on his intelligence and said, “You give me hope.” Well, it’s my hope that nobody pays much attention to this callow, foolish young man. Hogg borrowed a line from Maher when he recently stated that gun ownership should not be a ‘right,’ but rather a ‘privilege.’ We’ll need to prove we’re not crazy before we can purchase a gun. Scary looking firearms would be presumably banned outright. Scary looking people, like the man in Seattle, are already having guns snatched from them. Conservatives and Libertarians could be labeled as ‘alt right terrorists’ or mentally unfit by government. Guns will be confiscated. Eventually the red tape-wrapped hoops one must jump through to purchase a firearm would become way too complicated, expensive and time consuming. It would only be a matter of time before the government stops granting the gun privileges. Only big government will have guns and we know what happens then. This is the goal of the Deep State/Shadow Government. They want power and control. They want tyranny. Hitler, Stalin, Pol Pot, and Mao confiscated firearms from their citizens and millions were slaughtered as a result.

It’s my First Amendment right and duty to speak up in support of our Second Amendment. I’m not ‘bullying’ Hogg, who is the Globalist’s puppet face of the March for our Lives astro-turfed protest. He’s a public figure now and what he’s saying is dangerous because gun laws lead to more laws and restrictions. It’s a slippery slope toward complete gun control. “Turn in your guns!” That’s what they’re ultimately after.

SHALL NOT BE INFRINGED! 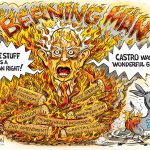 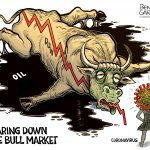 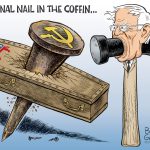 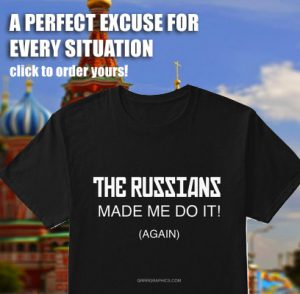